Calgary – leading the way in Canada?

Usually I’m blogging about the lesser known countries and cities from the likes of Africa and Asia but for the next month or so I’ll be on the data collection trail in a much more alien environment – one where everything under the sun is available! Yes folks, I’m city hopping through Canada and the USA. I may find blog inspiration a bit of a struggle seeing as most of my time will be spent in huge, fairly nondescript shopping malls and supermarkets – but I hope you stick with it! 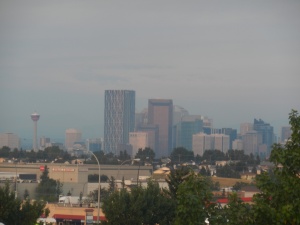 One of the reasons why I and my fellow data researchers often report back from less well known locations is, well, because they aren’t very well known! Which means it’s usually almost impossible to get any meaningful information or data from the internet about most aspects of life in those places, be it whether frozen peas are available, how much a cinema ticket costs, or if the quality of available meats is of a good enough standard for expats. In places such as Burundi, Albania and Saudi Arabia, for example, on-the-ground research  is vital in order to gain as full an understanding of them as possible.

By contrast it’s pretty well known that in Canada and the USA frozen peas are widely available and that meats are of good quality. Why, then, am I here? Well, one of the reasons is consistency. It’s important that when collecting and analysing data from over 400 worldwide locations that like-for-like comparisons are adhered to as closely as possible, so I will take my ‘data collection’ approach from Burundi, or wherever, and apply it to here as well. Another benefit is that city to city comparisons within the countries I visit will also be extremely accurate as I will be collecting like-for-like information within that country whenever possible.

I started the trip earlier in the week arriving in Calgary, the largest city in the western half of Canada, the world’s second largest country. It’s a popular jumping off point for adventurous travellers to the Canadian Rockies which lie only a couple of hours drive to the west. There was a very pleasant feel about the city  as I drove around the suburbs popular with expats. Indeed it’s a very safe place with a trusted police force and many parts of the city are akin to a suburban utopia – that sort of life-is-so-great-and-so-is-our-neighbourhood setting that’s all too common in feel-good Hollywood movies where the kids play out front in a vast yard whilst the family golden retriever chases a dragonfly under a blazing sun. Oops I’ve gone off on a tangent again! Back to Calgary.

Not only is it a safe place to live but it often appears at the top of ‘cleanest city in the world’ polls. Two such recent polls have been reported by lifestyle9.com and MBC Times. This came as a surprise to me as Calgary’s economy is dominated by the oil industry which is usually a recipe for environmental degradation. The city’s oil boom began in the 1970s and peaked in the early 1980s. It saw the population more than double from 400,000 in the early 1970s to over 800,000 by the mid-1990s. The population growth continues apace and now exceeds 1.25 million making it the third largest city in the country behind Toronto and Montreal. Although 87% of Canada’s oil and gas companies are headquarted in the city other sectors of the economy are coming to the fore, in particular financial services, tourism and technology. In today’s market the city – and the state of Alberta in which it lies – is ‘sizzling’ according to Bloomberg, leaving the rest of Canada ‘fizzling’. A notable nugget of information from this article is the marked contrast of per capita GDP which is over 80,000 Canadian dollars (CAD) in Alberta compared to around CAD 50,000 for the rest of the country.

The Sunridge Mall in Calgary

So it sounds like Calgary is a great place to live? Well, it is if you don’t mind snow! Only the months of July and August have never recorded snow and there is usually well over a metre of the white stuff falling in any given twelve months. On average snow is seen on the ground 88 days a year so if, like Bing Crosby, you’re dreaming of a white Christmas then perhaps Calgary is the place for you. But it’s not just the snow. It gets cold. Very, very cold and while it’s been pleasant during my summertime visit, winter temperatures can drop to minus 40 degrees celsius. It is generally so cold that cars in Alberta are fitted with engine block heaters that can be plugged into special electric sockets in car parks. On the flipside, though, Calgary is also the sunniest of Canada’s top 100 most populated cities. So, weatherwise, a city of great extremes! To add to the positives the city is also a very welcoming and progressive place with a multicultural population and over 200 ethnic backgrounds represented by its people. In 2010 it was also the first major city in North America to elect a Muslim mayor.

Calgary may be the largest city in the state of Alberta but it is not the capital. That distinction goes to Edmonton where I am now, only a couple of hours drive north of Calgary. Next time I’ll be reporting on Edmonton as well as the small town of Yellowknife. Watch this blog!

1 Response to Calgary – leading the way in Canada?