Posted on September 19, 2014 by wanderingmark

In 1967 Scott McKenzie advised us to wear some flowers in our hair when venturing to San Francisco and in 2014 my advice is to wear a sweater. It can get a bit nippy under all that fog! This was my fifth visit to San Francisco and it’s one of my top three favourite world cities along with London and New York. It was here that I first stepped on to American soil back in 1998 as a 19 year old on a family holiday. I remember to this day the sense of ‘wow’ I got from everything I saw and soaked up but this time round the wow factor has gone, replaced by the aisles and passageways of Macy’s department store and Safeway supermarkets – such is the glamorous life of an International Data Researcher. 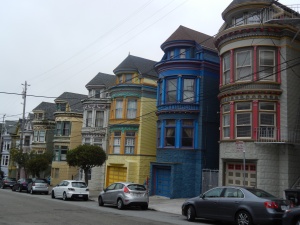 The city is currently the fourth largest in the state of California but during the mid-1800s it was the largest thanks to the famous California Gold Rush where 300,000 people came in search of riches. It was the largest mass migration in the history of the world and during the four years from 1848 to 1852 the population of California shot up from 14,000 to 223,000. This was the beginning of the state’s boom and the boom continues to this day. Earlier this year California’s economy overtook that of both Russia and Italy to become the 8th largest in the world – not bad for one 50th of a country! Well, it may be one of the 50 US states but it certainly isn’t equal. One in eight Americans live in California where 38 million of them call it home and its $2 trillion nominal gross domestic product accounts for over 13% of the country’s output. 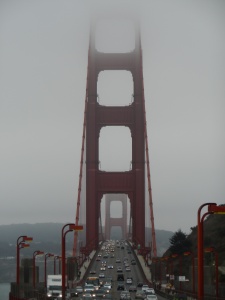 Much of California’s prosperity in the last 30 years or so can be attributed to the extraordinary success of the high-tech industries which have blossomed in Silicon Valley some 40 miles south of San Francisco. The area is home to the global headquarters of many household names including Hewlett-Packard, Yahoo!, Adobe Systems, Apple Inc., eBay, Facebook, Google and Intel – a fairly impressive list to say the least. Silicon Valley accounts for a third of all venture capital investment in the States and the continuing innovation in the region is helping to keep California at the forefront of global technology thinking. After leaving San Francisco and missing the area’s strongest earthquake in 25 years by a few hours I flew the short distance south to California’s largest (and the USA’s second largest) city – Los Angeles. Loathed by some, embraced by others, there’s no escaping the fact that Los Angeles is a big deal. It is home to the fifth busiest port in the world and the largest in the Western Hemisphere. Its population of almost four million is some four and a half times that of San Francisco’s. And unlike San Francisco the city seems to spread for miles and miles in all directions except west (too much water!). San Francisco sits on a peninsular and so has always had expansion constraints. The sprawl of LA, however, is the epitome of the concrete jungle and it’s probably quite easy to go a little crazy there.

It was my sixth visit to the City of Angels and, again, this time I dedicated my waking hours to the data collection trail and not the numerous distractions on offer from the red carpet of Hollywood to the sandy beaches of Santa Monica. One thing that hasn’t changed over all my visits is the lack of clouds in the sky. In San Francisco you’re lucky to see an inch of the blue stuff overhead with its infamous rolling fog but the sun always seems to shine in LA – one of the many reasons why some consider it a great place to live. California is also one of those states which doesn’t seem to have an ‘obvious’ capital city. Is it Los Angeles? Or San Francisco? Or San Diego? No, it’s Sacramento, the sixth largest city in the state. Similar to the likes of Florida, Illinois and New York State where Miami, Chicago and New York City are not state capitals, it got me wondering what are the largest state capitals by population – any guesses? Read on for the answers! 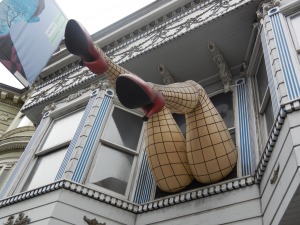 Rather than try and make photographs of supermarkets and shopping malls look interesting I’ve attached some colourful pictures from my small amounts of time out in San Francisco and Los Angeles, including from the quirky streets of Haight/Ashbury and the sublime Golden Gate Bridge which always looks spectacular, even when smothered in dense fog! And the largest state capitals are…Phoenix (Arizona), Indianapolis (Indiana) and Austin (Texas), although amazingly Austin is still only the fourth largest city in Texas. And it is from Dallas and Houston in Texas where I’ll be reporting very soon.