What is life like in Saudi Arabia as women go to the polls for the first time?

Posted on December 17, 2015 by wanderingmark

Before last weekend what did Saudi Arabia and Vatican City uniquely have in common? Well, they were the only two countries in the world where women were not allowed to vote or run for office. On Saturday, however, this changed as Saudi Arabia saw women take part in municipal elections for the first time. Almost 1000 women registered to campaign for office with 20 successfully winning seats and the global media is rightfully hailing it as a welcome breakthrough. The campaign, though, was still rather different to that in most countries. Women in Saudi Arabia are not allowed to address non-family members in public and so at campaign meetings with men in attendance the woman had to speak from behind a partition. Still, progress is progress I suppose! 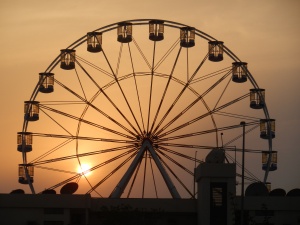 Although this breakthrough has been lauded, life in Saudi Arabia still takes a bit of getting used to for first time visitors and expatriates – especially expatriate women and wives. I visited the ‘the Kingdom’ in October to collect cost of living data and although it was my second visit, there are still noticeable aspects of everyday life which are very different to other countries in the Middle East, let alone the likes of the UK or USA. My colleague Dan discussed several of these in his blog from last year, covering issues such as prayer times and being unable to really pierce the surface of daily life for locals in the country. This is very much still the case, especially for an IDR, with prayer times potentially having a big impact on how to plan a day of supermarket data collection. 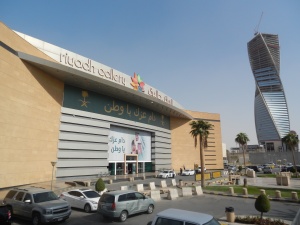 The supermarkets and shopping environment may actually come as a surprise to many western visitors (almost exclusively business visitors or assignees as tourist visas are only issued for visits to see family and friends). Mall culture in the country is a big thing and spending time hanging out at the mall is perhaps the locals’ favourite pastime – just make sure you sit in the correct area of the food court though, where strict segregation of families and single men is imposed! There is a noticeable presence of UK brands with the likes of Debenhams, Marks and Spencer and Next prominent in all the major malls. Other European giants such as Carrefour and Ikea are also very popular. The supermarkets also sell most of the globally popular brands of goods but with the obvious exception of pork products and alcohol, which are both prohibited by law. In fact, laws governing these illicit goods are taken very seriously, as one recent case highlighted. A British man was caught with home-made alcohol in his car and was punished accordingly under Sharia Law which is in place in Saudi Arabia. 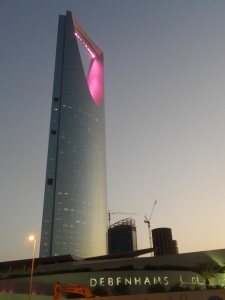 There are strict laws regarding the conduct of people in public, but behind closed doors things are as normal as they would be in the West – especially for expatriates, most of whom live on compounds where life is more relaxed than ‘on the outside’. In public all women are required to wear an abaya, a full length cloak which covers the whole body. In many cities Saudi women are required to wear headscarves too and even the full face covering burkas are a common sight. In public, however, expatriate women are given a little more leniency and it’s not uncommon to see ‘Western hair’ on display. Underneath the abayas anything goes as can be seen by the high number of fashion stores in the malls and the many expensive jewellery shops.

Public life is a lot more relaxed in neighbouring Bahrain which is where I travelled to after my time in Jeddah, Riyadh and Al Khobar. I arrived via the King Fahd Causeway which connects Saudi by road to the tiny island state, which is the second smallest country in Asia, ahead of the Maldives. It’s a popular weekend destination for many Saudi’s who like to visit Bahrain to ‘let their hair down’. I certainly felt more relaxed wearing my shorts in public. It was quite noticeable seeing female ankles, billowing skirts and women behind the wheel of a car after spending a week in Saudi. 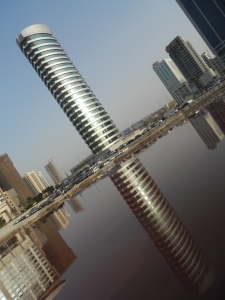 My previous visit to Manama, the capital, was some five years ago before the Bahraini uprising which was part of the Arab Spring. It was a tumultuous time for the small nation and I remember seeing TV footage of the protests and violence which centred on the Pearl Monument roundabout. The roundabout was a stones throw from where I stayed and right next to the largest and best mall in the country. Peace has now returned and, with the exception of the Pearl Monument being torn down, very little seems to have changed. If you’re an expat in the country, or will be moving there, then you will definitely want to check out one of the several Alosra supermarkets which sell all sorts of imported products from around the world (including pork). There are giant hypermarkets too which sell all manner of global brands. Even alcohol is available, although this is only from BMMI shops where clients have to be registered.

After leaving Bahrain I flew back to London before heading off again to sunny climes. This time to Khartoum, capital of Sudan.